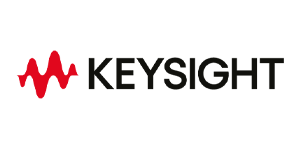 Over the last five years, there has been a steady increase in PV string voltages starting at 600 V. Just five years ago it was the industry benchmark. This voltage level was easy to adopt because the world wide electrical standards were in place and clear at 600 V. This meant equipment, certification standards and installation methods already existed.

As the voltages began to rise, there were more issues with standards than with the technology. Depending on where you were in the world, either the standards to address higher voltages were not written yet, or they were unclear as to their application. As the standards hurdles were overcome, the market for 1000 V PV installations quickly became the new benchmark. With advances in technology, we are now at the tipping point for moving to 1500 V. Just like the 1000 V transition, there is additional work needed to update and implement newer standards. The US has not been as aggressive in adopting the standards required for this next step but are now catching up to the European market in this area.

We can witness the arrival of this future wave just by looking at how many companies are introducing 1500 V inverters. If you look across the industry, you see major players such as Sungrow, Huawei, GE and SMA, just to name a few, all offering 1500 V inverters.

There are still some people in the industry taking a wait-and-see approach to moving into this market space, but as always, those who are first to market have the best chance of grabbing the largest share.